The band project SALAMI SUX emerged from the boredom of the lockdown phase of the well-known little thing with 19. With a boisterous mix of punk, garage, rock’n’roll and surf, the trio from St. Pölten, Austria makes you sit up and take notice.

Lone fighter „Salami Recorder“ gives the songs a defined style with his incomparable singing and guitar playing. Bass man „Mots T. Sux“ is happy to leave his usual punk structures, which he has celebrated for years in bands like SKEPTIC ELEPTIC, DEMENZIA KOLEKTIVA and THE ZSA ZSA GABOR‘S. Drummer boy „Thoms’n’Roll“, who was also active in the bands SKEPTIC ELEPTIC, DEMENZIA KOLEKTIVA and ANSTALT, beats songs like „I Wanna Be A Girl “ or „Devil In My Neck“ with passion. Everything is recorded D.I.Y., although no one has a clue. Bad? Yes! That is good and deliberate!

The band recently released the album “Demo Tape” with 13 swinging and danceable hits, digitally and on cassette (limited to 99 copies only). Their musical debut doesn’t just prove successful, but is downright addictive, so that SOUNDFLAT RECORDS-divison TOPSY-TURVY RECORDS now follows with the double LP release of „Salami Sux“ and „Salami Sux ´n’ Roll Vol.1“, as first edition limited to only 300 copies of colored vinyl.

This second album by the Austrian punkrock-trio features the band’s RAMONES-tribute „I Don’t Wanna Be Learned“ (also part of Ramones-Tribute-Sampler „Let’s Tribute To Ramones“ (Kafadan Kontak Records, Turkey)) and guest-vocals by the legendary Wild Evel (THE INCREDIBLE STAGGERS, WILD EVEL & THE TRASHBONES). 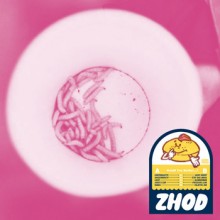 Zentralheizung Of Death (des Todes) presents to you Would You Rather …?: music to sniff glue in your.. 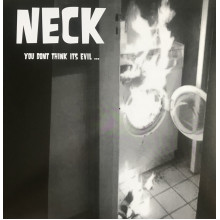