2020 Re-Issue of "Cave-in!", widely considered as thee outstandinf GRUESOMES album! The GRUESOME are teen-trash gigants formed in 1985 and one our favourite garage rockers. The album is full of killer originals and couple awesome cover versions, soaked in the snarly vocals and punk fuzz guitars. Initially published of 2000, it´s the one and only release on the german JAGUAR CLUB imprint, well known in the scene by their infamous owners. We´re obtained three boxes of original vinyl years ago, so the first batch deliverd will get the mint close-to-180g vinyl from back then. Totally new artwork, tasty neanderthal grease by Furillo! 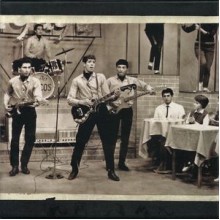 With only six singles released between 1965 and 1966, and from an apparently remote place such as .. 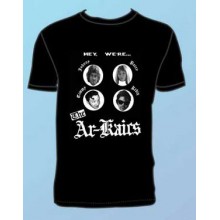 Tags: GRUESOMES, THE - Cave In! LP