By now you should've learned to expect the unexpected. I know I told you about releases on out fine imprint that are „spectacular” and „outstanding” but if I tell you bits and pieces about this release you will surely WANT to hear more about this band.

As you can easily bear in mind, we get a lot of demos sent, and there are a lot of people who write in to tell us about this or that band... and I dont remember who wassit, but somehow we we stumbled upon some songs of a band called DIE ERSTEN MENSCHEN and we liked the two songs. No one was familiar with this band and of course they didnt have a release out by then, so we pulled few strings and, well, they were kinda ok when  BACHELOR offered to do a 7" somewhen in future. What followed was a year of silence, nuthing, nada. Then we read some articles about their few live appearances. What can I say, they really got some buzz... about their off stage antics and more important about their music. After punkrock yellow press blew up second hand info and hear-say to a look-what-they've-done campaign our three lads crawled back into their cave to record this 13 song debut record, a raw and breathtaking 60s garage monster which made us literally drool. They said they want Tim Warren / Crypt Records to put them songs in shape a bit, to marginally polish them. We asked him, knowing that he only does things he really likes.... and he DID master the full album over one weekend!

Now, as I type this I'm listening the debut record of DIE ERSTEN MENSCHEN and I can tell you, we are so proud to have this incredible garage rocker pressed on red and black vinyl, with a BACHELOR stamp on it! If you have the slightest interest in series like TEENAGE SHUTDOWN or BACK FROM THE GRAVE you get crazy for this. If you have records of bands like (early) BLACK LIPS, HYPSTRZ, HENTCHMEN and such and like to play them over and over - DIE ERSTEN MENSCHEN are the thing you should ask for in your records shoppe. Their sound is a bit like before mentioned bands, just give them a blend of wylder 60s combos and plant this seed into first class Crypt Records soil from circa 1993... Don't expect this to be your ordinary BFTG copycat band dressed in hipster garment.

This is the real deal. Issit clear? Ah hope its crystal!

STATS
400 copies on beautifully black vinyl and 100 on red vinyl. 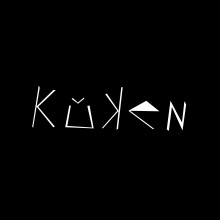 Introducing KÜKEN from Hamburg, Germany. This is their first record, a two song 45, garage punkrock .. 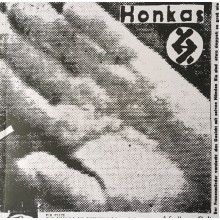 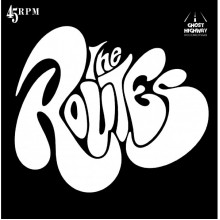 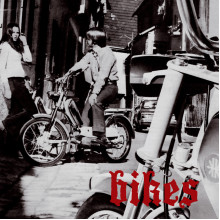 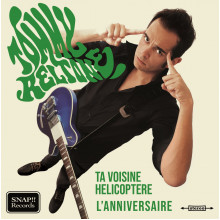