After revelatory experiences with LSD and meditation, Craig Smith left behind his successful career as composer for the likes of The Monkees, Andy Williams or Glen Campbell, and became Maitreya Kali, a self-professed psychedelic guru.

‘Sam Pan Boat’ and ‘Race The Wind’ are two of his most haunting and unerringly beautiful songs, being the latter released here for the first time. 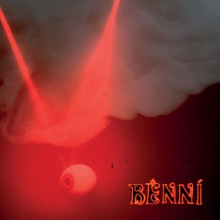