Terminal Stupid was formed in Brussels in 1978 by a bunch of 16 year old school mates. They rehearsed and played a handful of gigs between 1978 and 1981. They were from the "second wave punks" or "afterpunks", influenced by early international punk bands like Ramones, Sex Pistols, Crass and Warsaw and locals like X-pulsion, Phallus Band and later by Contingent or Spermicide for the political side. The 'Shock Therapy' demo tape (their only recordings) was recorded in 1981, just before the band's split in 1982. 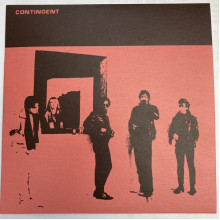