THIS IS THE VERY LIMITED EDITION - LP AND TAPE!

WE JUST DID 100 TAPES AND MOST OF THESE COMBOS ARE ALREADY GONE!

Yes, this is the legendary "green tape" of one of the first austrian punk bands DEAD NITTELS. Triggered by their gig with the UK SUBS on September 26, 1982 in Ampermoching / Dachau / Germany at the "Gasthaus zur Post", the DEAD NITTELS booked some studio time to lay down no less than 16 tracks in only three days, on a four track recorder - but the only used two of them - one track for the instruments and one for the vocals, they bought the cheapest tapes available -which happened to be ungly green, and dubbed 300 copies with the studio tracks plus seven live tracks from their UK SUBS show. Good luck if you want to track down one of the tapes... FOr all others, here's the remastered greatness of this early austrian punk album! 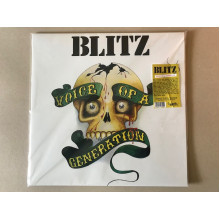 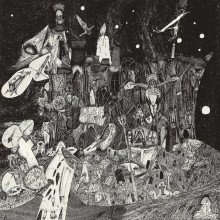 Sealed Records.The words legendary, seminal, and classic get thrown around at will these days, but..