Everyone’s favourite herky-jerky Nottingham noiseniks Slumb Party return to blow minds once more. Maybe it’s time you polished all the hard surfaces in your house and strapped on your dancing shoes, cuz once this one lands on your stereo you’re gonna be pulling shapes and bouncing from the floor to the walls and back again.

Last time round their influences were clear: James Chance, Minutemen and Gang Of Four rose to the surface in a heady concoction of skronking, sax-drenched post-punk and addictively wonky hooks. This time they’re no less deliciously addictive, but the pop factor rides higher in the mix, at the cost of precisely none of their aching smarts or visceral thrill. A wheezing synth powers opener Go To Work, with nods to the same heroes as before, but also a sense of Attractions-style powerpop appeal – if XTC had ever attempted to refract pub rock through their angular prism while shouting ‘CAN YOU BUY ME A PINT’, it might have felt something like this. Sound good? Of course it fucking does, and it sets the tone for the rest of the album.

While their 2017 debut (and if you slept on that masterpiece, then what are you waiting for, dummy?) dealt with working a day job and dealing with getting older, here the world weighs even more heavily on their shoulders. The snarling fury that characterised those songs is transposed to an exhausted rage that’s no less bilious or righteous – being skint, the overwhelming vacuum of ‘creative’ culture, and the general nature of just existing in 2019 all come under the microscope. No spoilers, but turns out all those things are bad; luckily they’re soundtracked and documented by a band that’s (whisper it) maturing (nah, fuck it, shout it: MATURING) into something far greater than the sum of their influences, that simply explodes from the speakers and demands your time. Like Molotov cocktails and lit matches, this is gonna seem daunting to swallow in one go, but the resultant explosion is messy and spectacular.

Slumb Party describe this record as their ‘new/no wavey post punk power pop effort’, and that’s a pretty accurate summary: certainly, there’s a Stiff Records/Marked Men undercurrent to all those geometrical puzzles that make up their songs. Leave it to us, though, and we’ll just call it ‘one of the most essential records to emerge from the UK underground this year’. Or order you to drop everything and listen right now. ‘Spending Money’ is a keeper, alright.
Will Fitzpatrick. 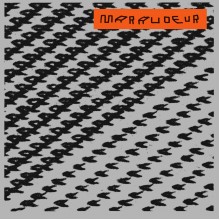 Gone With The Weed Records Moody post punk from switzerland on a orange translucent 7" flexi disc.. 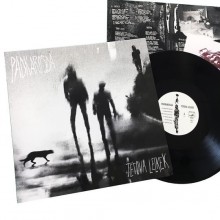