Can you smell what The Whiffs are cookin? Hint: it’s not Phish, Meatloaf or a String Cheese Incident. Nope – Kansas City’s prodigal sons of power pop are sticking to what they know on Another Whiff, their debut full-length for Dig! Records. Since 2017’s Take A Whiff EP, the band has been busy allowing their auditory aromas to ripen with the addition of Joey Rubbish (of The Rubs) for a fuller, more robust sonic bouquet. While the band can still get it up for Stiff Records – their pop-centric punk remains in full force – the album takes detours down lonelier roads in broken-hearted ballads from the heartland. No rocks left unturned on a journey forged by pioneers like Chilton and later Westerberg, the looming legacy of Petty and the cosmic country harmonies of The Byrds before them.

In a year’s span, The Whiffs took their time recording, on and off, in their makeshift basement practice space: Electric Babyland. This pace and environs allowed the new lineup to coalesce, and get tour-tight on the road with La Luz, Bad Sports and Patsy’s Rats. The result is a unique album that is at once sprawling in direction and precise in execution, with all the sonic stank you’d expect from sweaty beer plied basement sessions. Out of the gate, “Shakin All Over” will register to all of the senses, like you’re squatting in the corner of the basement, imbibing with the band and absorbing every hit from Jake’s C&C kit (note the frivolous plug for Jake’s drum company). After untold nights into the wee hours of the morning, 14 tracks emerged as Another Whiff. Expertly recorded by Joey, mixed by Vince Lawhon and mastered by Jordan Richardson; the final package sounds like the sum of its parts, and all the beers in between. Another Whiff shirks a sell-by date and trends de jour, in favor of honest guitar driven, vocally infectious love songs for the ages.

Timeless tunes and the triple-threat of Rory, Zach and Joey’s vocals set The Whiffs apart from their peers. Three distinct songwriters with their own personal flavors, delivering three-part harmonies for a unique rotation of upbeat punk belters (“Now I Know”), achy ballads (“She”) and triumphant tearjerkers (“How Could You”) that our troubled troubadours dispense like a Greatest Hits Factory for the last half-century of all of our all-time favorites. 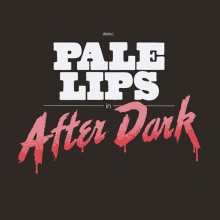