When it comes to pop music, artistic originality always seems to be in chronically short supply, but for avant-sick noise phenom the Legendary Stardust Cowboy, it’s an endlessly available resource. Since his unforgettable 1968 introduction with ‘Paralyzed’, the Cowboy’s unhinged whoop and screech, hit-&-run brand of bugle limned cacophony has not only astonished, it has also reached deep into the pop mainstream, from his early appearance on Rowan and Martin’s Laugh-In to David Bowies’s 2002 cover of his ‘I Took A Trip (On A Gemini Space Ship)’. The ornery Lubbock, Texas-born auteur has just turned 67, but he’s no novelty wringing relic; working with a longtime band of accompanists that include Dead Kennedy’s bassist Klaus Flouride, trio’d with Joey Myers on drums and Jay Rosen on guitar, The Ledge continues to rocket through his own drastically idiosyncratic musical galaxy.
- Jonny Whiteside -

Ledge is a man, a myth and a legend, and his works are here to bring joy to your life. When I first found Ledge’s music I was going through a rough period in my life, one of those times that really knocked me for a loop and made me question every decision I had ever made. One day I turned on the radio, and heard this wild and unhinged voice blasting through the airwaves. It stopped me in my tracks. The singer was telling me that he was standing in a trashcan thinking about me, and from that moment on my life would never be the same. I found that every song Ledge sang delivered the same amount of happiness I felt upon that first discovery, and it is my belief that a person cannot fight a smile if they will just let him into their heart. If you aren’t ready for The Ledge, or you simply can’t find what the allure is, then you just need to keep trying. I have seen the look of relentless happiness on the faces of people that had witnessed his power and fury on stage, as they clamored for his autograph on paper plates he was throwing to the crowd. The Legendary Stardust Cowboy is happiness and white hot performance in action, and that is why you really need to listen to this record immediately.
- DJ “Shyboy” Tim Lind, KMSU Radio, 89.7 FM, Mankato, Minnesota -

First hearing, then seeing in performance, then meeting, then playing with and over the years getting to know and be friends with “The Ledge” has been one of the most rewarding parts of my life. There’s just nobody, and I mean nobody, like him that I’m aware of. His music is so outside it’s back inside again. His sense of humor is funnier than I think even he knows. His abandon on stage is equaled by none. He can be ornery, but in his heart is one of the most open people I’ve ever met once he lets you in. And in these recordings as onstage, those are the rare times everyone gets let in. A lot of people just don’t “get” him, and those are people who are missing out, because once you do you know you’re in for a ride the like of which you’ve never experienced. When he’s on, he’s ON. And even at practices, such as they are, it’s a full performance. Even in the band one feels like they’re watching a completely sane madman. A very strange combination to witness. This collection of his best known songs as well as some rarities is a must have for any collector of strange and funny, and in its way profoundly immediate music. It happens very quickly in the studio. It’s done, and then that’s it. If you get a chance to catch it on tape you’ve had a very memorable day and one you can relive over and over. That’s what this collection is all about. So that you can do just that. And with every listen you’ll discover something new, a nuance or hoot or holler that gets by you on the first listen. It’s just plain goofy, but in the way that helps you get through life.
- Klaus Flouride (Dead Kennedys) - 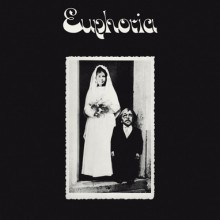 A SUNSHINE POP MASTERPIECE!Music genres are labelled for a good reason. .. 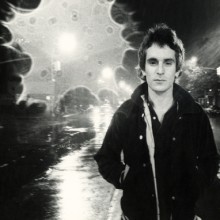 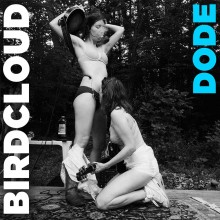 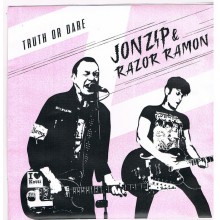 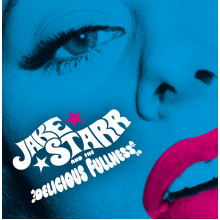 JAKE STARR AND THE DELICIOUS FULLNESS - All the mess I'm in b/w Biff Bang Pow! 7"

JAKE STARR is the guy from ADAM WEST, the heavy puknrocking band who did like a thousand of singles ..