The Generics were a group shrouded in the darkest corners of punk rock obscurity. Only 200 copies of their lone 7" single, 'The Bitt' b/w 'Cost Cutter' were pressed in 1983 - with the majority of copies being pre-sold and distributed to...get this - their Junior High School classmates! It wasn't until 2019 that a collector turned up a copy of the 7", eventually locating a band member that had the foresight to copyright the record back in '83. A grip of stock copies from the band began to circulate, blowing away even the most seasoned punk rock collectors. "How the hell has this never been comped on a volume of Killed By Death?!" was a thought surely echoed among those that were hipped to the record. The story behind the band is just as great.

The Generics formed in Cross Lanes, West Virginia - a small town surrounding Lake Chaweva, just outside the state capital of Charleston. It was a tight-knit scene of bored kids growing up in the early years of Reagan-era America. Early skateboard culture - and it's close ties to punk rock - became a major influence on the three 12 year olds who would form The Generics, their first band. They bummed money at school and cut grass to buy gear, playing to their classmates in the Junior High gym, at parties, half pipe jams - wherever and whenever they could. With the help of a couple older siblings, the band booked one day at Barnhill's Recording, just over the state line in Ashland, Kentucky. They recorded seven tracks total - picking 'The Bitt', written about a classmate's deranged mother who bred Shih Tzus and the harder rocking 'Cost Cutter' for the single. After pre-selling enough 7"s, the band returned to Barnhill's who pressed up 200 copies on their studio label. Shortly after the release, guitarist Steve Sadler's family picked up and moved out of state, putting an end to the group. However, The Generics left behind a few tracks from the Barnhill's session, the best two of which have been rescued from tape and included on this expanded reissue EP for the first time ever.

The "Cost Cutter" 7" EP is packaged in a hand-stamped picture sleeve featuring an insert with photos and band history given by all three original members, plus a download code. 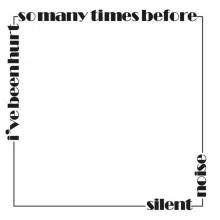 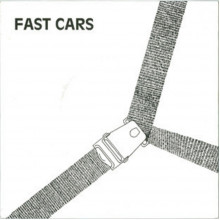