On December 28-29, 1983, Desechables were going to record their first LP live at Madrid’s Rock-Ola venue. Esteban Torralva (the band’s manager) explains: “Everything was ready. Madrid was covered in posters, there were big expectations everywhere. Desechables were getting played on the radio, people were talking about them. They were on a high and finally here came the big day: their definitive recognition in Spain’s capital. We were moving upwards little by little, everything in the band was going in the right direction. But destiny brought about the unrepairable: Miguel died.”

As sadly that live album couldn’t be recorded, Esteban rescued the desk recordings preserved on cassette with the last Desechables gigs from the autumn of 1983 in order to make up the band’s first LP: “Golpe tras golpe”. He released it for three fundamental reasons: first, as an homage to Miguel; second, to give strength and encouragement to a contrite and broken Desechables; and third, because the intention was to record an album that couldn’t be. Tere, the band’s singer, has always declared: “In my opinion, “Golpe tras golpe” is the real Desechables.”

Jaime Gonzalo, music journalist and producer of the Desechables single ‘La oración’, recorded for the Madrid record label 3 Cipreses in May of 1983, concludes: “Of everything that happened during the Miguel period… the only thing that took place in a studio was the single. So we can only speculate about what an LP with the first Desechables line-up would have been like. I think it’s an unresolved matter which was left hanging in the air and the band’s real potential was never properly captured. We have something like a draft.”

Most of the tracks on this record are taken from an October gig in Madrid, which took place thanks to Jesús Ordovás from the Radio 3 show Diario Pop, who every year would organize a party with the most popular bands according to a poll voted by the listeners. The concert seeked to support and showcase the bands that were likely to be the rising stars of the scene.

Ana Curra (Parálisis Permanente) from Madrid and the 3 Cipreses label always supported them: “I remember how big an impression they made because they were so young, especially Tere. It was shocking to see that girl, she must have been 17 or so at the time, I guess. And she was very sweet. So to then see her acting so wild on stage, it was amazing, very shocking. And the austerity, the band’s primitivism. Miguel’s distorted guitar, giving off feedback, dirty, sewer-like… and Pei playing standing up with just small drum and snare. It was so primitive, so wild, that you were immediately drawn to them.

After the success of a late September concert in Lyon, Esteban Torralva had managed to get them booked at two more European showcases on December 14 and 15, 1983, first at Paris’ Club 120 Nuits and then at the Transmusicales in Rennes, at the Salle de la Cité. Everything seemed to go well and Desechables were on their way to establish themselves with the recording of their first album, live. “Desechables were a live band and we decided to record our first LP at Rock-Ola,” explains Tere. Then the unexpected happened. On December 23, 1983, five days before the show, Miguel died of a bullet wound at a jeweller’s in Vilafranca del Penedés. No one in the band thought that their personal problems would end up so tragically.

Catalogue number 001 of the Desechables label was released in the summer of 1984 with the title “Golpe tras golpe”. It was a self-release, as Tere and Pei explain: “It was obvious that the record represented Miguel and it must be understood as an homage to his memory. It perfectly documents the Desechables sound in our first period. Since then, we’ve listened to it and we recognize in it our way of performing on stage, the strength within the band, it portrays all of us just as we were then, in the chaos, the noise, the few words. We weren’t a band that said thanks or talked between songs.” 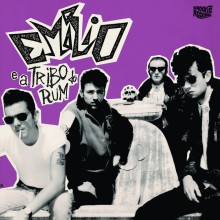 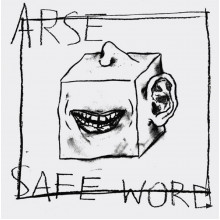 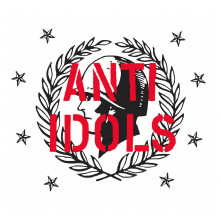