REISSUE OF THIS CLASSIC SINGLE
WAS AVAILABLE IN THE BOX SET, NOW ALL SINGLES ARE AVAILABLE SEPERATELY!!!!

Once upon a time (197?) in a magical kingdom called LA, there was a defect in
the space/time continuum known as "punk rock". Only in such a depraved
environment could Dangerhouse have existed. Dangerhouse, created by the
triumvirate of yours truly, Pat "Rand" Garrett and Black Randy, was a highly
naive attempt to create a politically and artistically correct playground for the
unique, nihilistic talents of the LA punk "scene". It was clear something needed
to be done.
In the beginning there was a lot of musical talent that was going to
unrecorded waste. Whereas the English musicians had been set upon by some
of the top producers in the business, the very lack of commercialism implicit
in LA punk seemed to drive away potential resources. Those were culturally
weird times, "Saturday Night Fever" and burned-out super group remnants
filled the airwaves. Clearly SOMETHING was better than nothing. The early
groups (like the Screamers, Germs, Weirdos, Black Randy) were very good at
manipulating the local venue owners and press, and were able to almost
immediately fill clubs and halls with folks who were just plain bored and
curious.
The Masque, KROQ, Farrah Fawcett-Minor's apartment behind the dirty
bookstore, the Starwood, Whisky... I refer the reader to the insane, speedenhanced
ravings of Claude Bessey in the early Slash magazine as there just
isn't enough room for that kind of background. Suffice it to say that the scene
had everything: every kind of self-abuse imaginable, negative social patterns,
infighting, gender-fucking, etc. What needs to be talked about here are the
musicians and other creative forces at work behind the scenes on the
Dangerhouse product.
Starting out, the studio was anywhere we could plug in; later, our home was the
Kitchen Synch with the extremely copasetic Mike Hamilton as engineer. Here was
a man who watched us accidentally pour a dark Heineken over a 16-track mixing
console (installed that very day) without crying or punching out the culprit. Over
the years, Mike patiently sat while irate punks insulted his intelligence, and offered
great 8- and 16-track advice to Pat and me, refugees from a 4-track world. To
Dangerhouse, and the fans, the sound quality was paramount. (Even KROQ demigod
Rodney Bingenheimer stated in a period interview that Dangerhouse put out
real records on real plastic!)
The do-it-yourself aspect of the production and packaging spoke for itself. We
created ideas for affordable products which set the pace for imitators, like the
clear plastic-bag 45 sleeves (because traditional sleeves cost more than the
records to be pressed) and the multi-color silkscreened picture disc used for "YES
LA". Sad to say, the downturn of the record business in 1979 due to the soidistant
"oil embargo" hurt everyone in the record industry and made it too rough
a row to hoe for Dangerhouse. Tough titty.
These recordings still sound as powerful and relevant as the day they were cut. If
you, Mr or Ms Consumer, care about creativity as opposed to the number of units
shipped, it was a victory. And if there was ever a label that released cool shit, over
which I'd rather have been A&R man/Prexy, it sure as hell doesn't come to mind.
David Brown 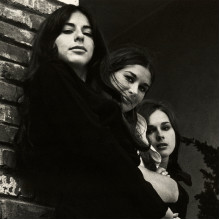 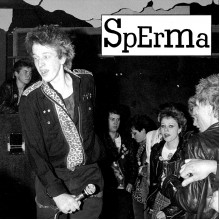