'O' Level was created in 1976 by London guitarist Ed Ball along with two friends from school, the Benett brothers (John on drums and Gerard on bass), who would leave the band in March 1978.
That same line-up plus Dan Treacy (another school friend of Ball's) recorded the first Television Personalities single in 1977, titled '14th Floor'.
'O' Level self-released that same year a first single which included three tracks strongly influenced by punk's energy (Buzzcocks and Undertones guitars and melody on 'East Sheen') and attitude (with ironic comments about fake punks on 'Pseudo Punk'), but all of as if seen from a distance, outside a decadent scene which had already been absorbed by the establishment.
The single also features a sort of homonymous anthem called ''O' Levels'. As a record collector anecdote, there are two versions of the single with different covers, which go for very high prices.

Ed Ball, DIY superhero, returned in late 1978 with four more hits, displaying a sound more oriented towards 60s pop but with the new wave spirit of the time. On this occasion he was accompanied on bass, drums and backing vocals by… himself, Ball played everything! The
single, titled 'The Malcolm EP', contains a new hit in "homage" to Malcolm McLaren, 'We Love Malcolm'; a portrait of the scene, 'Everybody's On Revolver Tonight' (where the pseudo punks and part time punks make another appearance); and two tracks with 60s melodies: 'Leave Me Alone' (with a very Love-esque chorus) and 'Stairway To Boredom' (pure new wave sound). 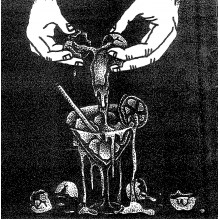 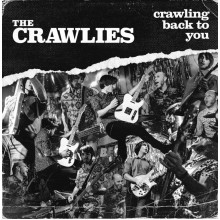