ATTENTION! THIS ITEM WILL NOT BE SHIPPED BEFORE September 25!!!

DEBUT LP by Chicago's folk rock darlings, SPIKE AND THE SWEET SPOTS! Limited pressing of 300. Also out on Randy Records, USA, if from overseas its better to order from them! (http://randyrecords.bigcartel.com)

At a time when it seems that most rock n roll bands bury their vocals under a mountain of reverb, with the lyrics mostly unintelligible, and the voice treated as just another instrument, Spike and the Sweet Spots stand as a powerful counterpoint. They are a band for whom good songwriting and good lyrics are at the forefront. Above everything, Spencer “Spike” Johnson is a songwriter – a man who idolizes such lyrical heavyweights as Bob Dylan, Daniel Johnston, Lou Reed, or more recently The Dutchess and the Duke, Home Blitz, or Juan Wuaters. And with role models like those, you can rest assured that you will never hear a Sweet Spots song with cliché or rehashed lyrics. And on their debut album “Strange Breed”, every song is thoughtful, heartfelt, clever, and well executed.

For the last ten years, Spike has played in Chicago’s favorite party rock band, The Yolks, and lent his pen to write many of their best songs. But at the same time was ripping it up with The Yolks, he was sometimes writing songs that did not match the high energy rock n roll songs in a typical Yolks set. And so he started his own group as a vehicle for these great songs he was writing that were too mellow for The Yolks, but too good to just let lay fallow. Such a path from garage punk to folk rock is not uncommon in rock n roll. Think of Greg Cartwright who went from The Oblivians to the Reigning Sound, or Jesse Lortz who went from The Fe Fi Fo Fums to The Dutchess And The Duke. And the results are similar for Spike and the Sweet Spots: a great folk band with a rock n roll heart that writes great, memorable songs. For the last few years, Chicago has been keeping this amazing band our little secret, but with this debut LP, the secret is finally out! Spike and the Sweet Spots are amazing, this album is amazing, so go out and get it, open up your ears, open up your heart, and let the love flow! 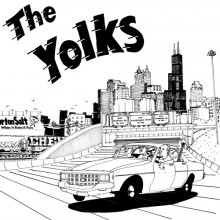 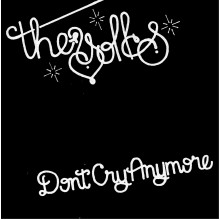