The Humms were formed in March of 2008 by Zeke Sayer with friend Tyler Glenn in Hartwell, GA. They recorded the first songs in Zeke's studio which was (at the time) housed in a 1950's mobile home using an extension cord for power and was self-proclaimed to be haunted by the previous owner of the property who died right outside the door. Two months later in May they added a drummer, John Bleech. They practiced in Zeke's living room for five months, often playing for whoever happened to be around the house during parties on the weekends.

In October, they played their first official show at Tasty World in Athens, GA. By February of 2009, Zeke obtained a van from the town's local Funeral Home which lead to such projects as 'Humms on the Run' where the band drove to 12+ locations in one afternoon and by using power from the van's cigarette lighter, they played one song at each location. No one except by-standers and the band themselves actually saw the 'shows' as all the locations were desolate dusty roads, abandoned houses and industrial plants. The entire event was filmed but has not been released. The band began touring during this time but only on the weekends due to John and Tyler still being in high school. They would drive over 1200 miles in a day to play one show and then often head straight back right after words.

Between touring, the band managed to record an albums worth of material that was never released, although four of those tracks came out on the band's debut EP 'Are You Dead?' that was released in London in June 2009 thanks to Oddbox Records. In the same month, the band relocated to Athens, GA and gained a slim but sturdy following from playing the local clubs like Caledonia Lounge and the 40 Watt. In November directly after a show, Tyler and John left the band due to undisclosed reasons. Sayer moved back to his home studio in Shoal Creek, GA and began work on the first Humms record intitled 'Lemonland'. After 5 months of work on the debut, the Humms saw a live format once again thanks to Kentucky native Jessica Miller on Bass Guitar and West Coast drummer 'Ziggy Zag' of the band PIPSQUEAK (they have a 7" out on your fave label, BACHELOR!) 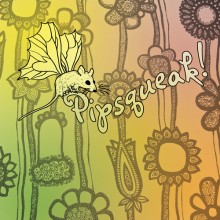 Long time ago, slightly drunk after the lunch break, and I wanted to chill a little bit and play .. 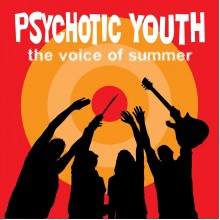 Sweden's legendary power-pop-surf-punk heroes are back with their first album in 19 years. Filled ..