The RIFF RANDELLS are the Leader of the Brats. Kathy Camaro (voc, gt), Anne-Marie Rawk (dr) and Bianca (bs) as THE girl group from Vancouver and best Canadian girl pop rock export since the MODERNETTES or B GIRLS! Finally, after a bunch of 45s, countless shows and an obscure - sold out - Japanse exclusive album (recorded by Travis Ramin, girl pop fan no.1, The FEVERS) and two successful Japanese tours they have a new record out all the fans been eager for a while now. Some folks see them as a notherhern hockey playing counterpart of the DONNAS, while they always appeared in a nice teenage way of understatement. They grew up on the smell of vinyl and share friends with music maniacs like The FEVERS, 5678s, Tina Luchessi & The BOBBYTEENS and The FLAKES. ALIEN SNATCH! released their 10” mini-album entitled “Lethal Lipgloss” which is seen as one of the most infectious bubblegum music and got them many fans – and also on the cover of MAXIMUM ROCK`N`ROLL. Those cats roll since ´99 and are the new generation JOSIE COTTON & NIKKI CORVETTE. In their good-times attitude, musical taste and continuity in doing the most exciting thing besides having the crush on the weird geek from the Hot Dog stop is playing in a buzzing rock and roll band! “Doublecross” is a girl group power pop album driven by a JOAN JETT blend of rocking three chord guitar drenched with Kathy's spectacular, undeniable hot and saccharine vocals. She´s got what so many girl singers miss - shout it out as catchy as only girls can do and keep it punchy from start to end. No screams and tears but make the north pole melt! Get hooked on this awesome simple though catchy record you want to take right to the next party.. Go get a lollipop! Who else than those girls are gonna sell out Converse girl sizes and make frustrated middle aged guys wear tight black jeans in combination with pasta stained horizontal striped shirts? The vinyl edition has a bonus song from the japanese session “Robot Man” Who said Girls can´t rock!? Listen up! 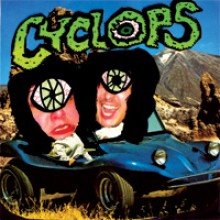 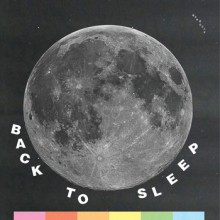 ONLY  7 COPIES LEFT Way before I started to work at BACHELOR HQ my boss already had this ba..