ALIEN SNATCH: GLOW KIT been the best kept garage pop secret in Northern Europe for nearly a decade now. We had a buzzing head about debut single & album on the sadly missed P.Trash Records and instanly put this on our top ten list. The danish duo knew how knock out power pop songs in times when Burger Records just started to reissue garage pop records on tape. We´ve been fans all the way and are happy about the roadtrip to Hamburg to see the band live once. That time they had maybe on the best end-of the year songs with "Christmas Daze".Together with their punk alter egos COLA FREAKS and dosed usage of wave elements you could surround JAY REATARDS Matador days with less force for perfection. GLOW KIT songs stick to your ear and it was sad to see them going into a hiatus. They´re back since a while and like NANCY or DANGUS TARKUS it´s way too rough, square, energy-laden for the pop music industry and and too sunny for the frozen crusties genre. On "Naive Antlers" Kasper & Kristoffer rise that pop monster to godzilla size and let it bumble around till turning a north sea beach cabin mojo, shakin´of lo-fi accoustic pop gusts of wind. The super catchy vocals range from shout-out direct mic-to-speaker blasts reminding of the modern DWARVES occasional gems. Next are wavy fireplace heart breakers with arranged intro & outro parts. Years after we asked the band and P.Trash about a record we had recordings in the house! It took one listen to bow in humble adoration of these pop creators. On any later listen we always wonder how they did it, and how on LP length - here are twelve songs of evidence. The best collection of songs "close to be a garage hit" you can imagine, purpose? Record released together with bands orbit record label KANEL in a edition of 300 copies total, 200 black and 100 clear pink, double sleeved in uncoated carboard, artwork from Gert Hoberg. Half the pressing available here only. If its gone just get their other records! 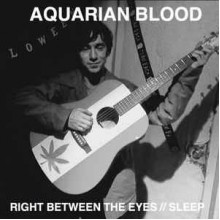